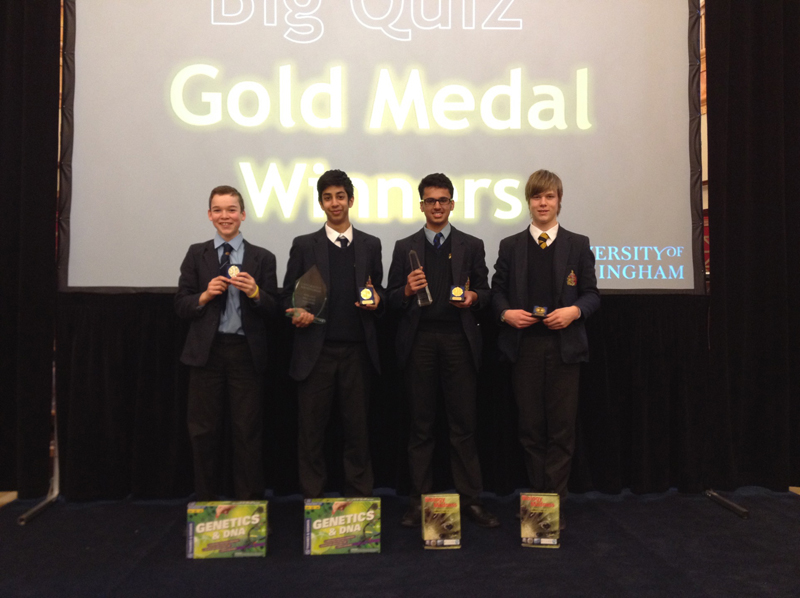 A team of four boys from King Edward’s School, Birmingham has fought off competition from 50 teams from over 40 schools in and around Birmingham to win the Biology Big Quiz 2015.

The Biology Big Quiz, which took place on Wednesday, 25 March 2015, is run by the University of Birmingham as part of their Outreach programme. The Quiz, which aims to raise pupils’ motivation and improve their grades, included questions on subjects ranging from microbes to light and over half were on topics that the boys have not yet studied.

Helen Ferguson, Teacher of Biology, said: “Both teams were great at answering questions on topics they had not yet covered in their syllabus, with a number of questions at IB standard. The boys performed brilliantly and for one of the teams to win the Quiz is an incredible achievement.”