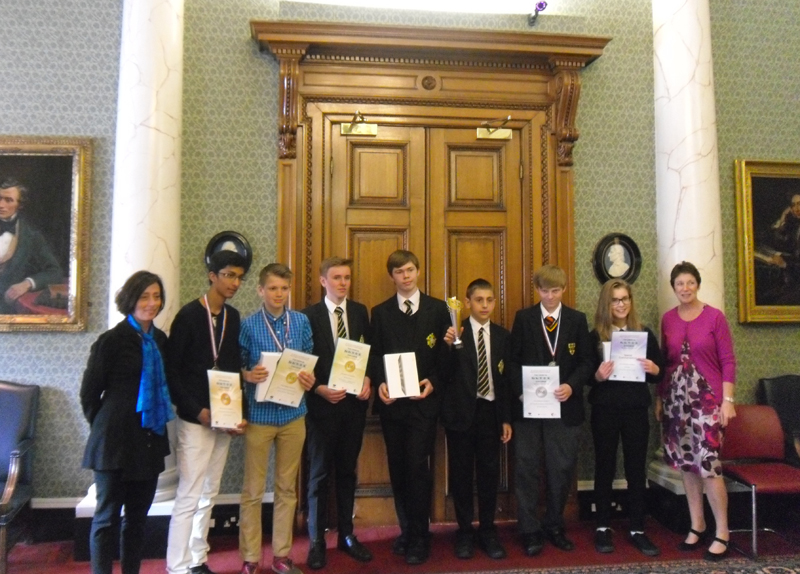 The Chemical Reaction Challenge is a national quiz which tests pupils’ chemistry knowledge in an online, multi-player format. Over 125 schools took part in this year’s Challenge, hosted in partnership with the Royal Society of Chemistry during British Science Week in March 2015.

Boys at the School in Year 8 and Year 9 took part in the quiz, competing live against other pupils from across the country. Year 9 pupil Declan Bradley was crowned overall champion and Raunak Jain, also in Year 9, came third.

Both boys attended The Challenge awards ceremony at Burlington House in London on Wednesday, 6 May. As well as receiving their medals, Declan was presented with an iPad Air and Raunak Jain an iPad mini. Following the ceremony the boys enjoyed a tour of the historic building, home to the Royal Society of Chemistry.