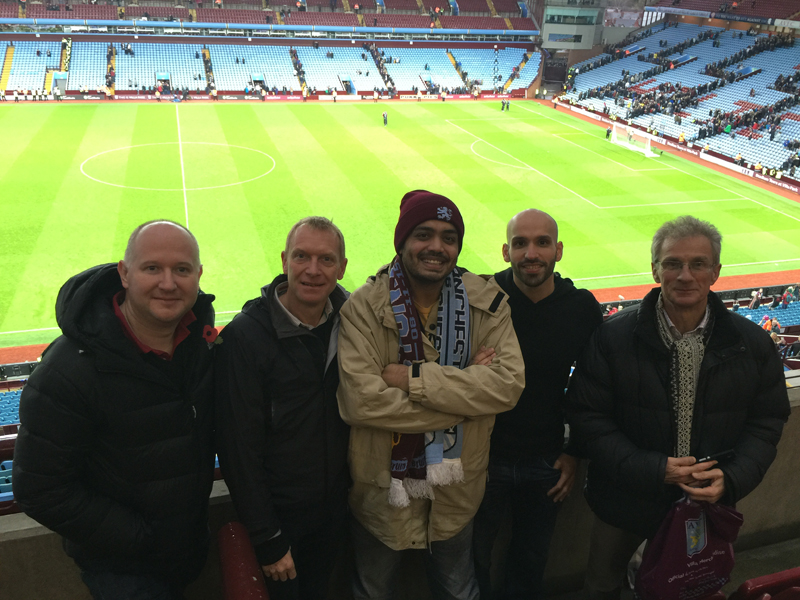 King Edward’s School, Birmingham, the oldest school in the city, has been building relationships with a young school in India, founded only 10 years ago, to explore the differences and similarities between the cultures and philosophies of the two schools.

The relationship with BD Somani International School in Mumbai has been developing over the last 18 months with staff from each school spending time in the other.

The visitors lived with teachers from the school during their stay and also took part in a programme of sightseeing which included a trip to London, exploring the history and culture of Birmingham, visiting the Frankfurt Christmas Market and the traditional British activities of a meal in a ‘chippy’ and going to see Aston Villa play Manchester City. They also visited the University of Birmingham and King Edward’s Aston.

On his time at King Edward’s School, Shantanu said: “I’ve felt very warm and comfortable during my time here and have really felt at home. The sense of history and culture that you can almost smell in the air at the school, coupled with the positive and creative environment, has given me a well-rounded experience. My greatest moments have been the things that never really change, speaking to the students.”

Navroz continued: “My experience at King Edward’s School has been absolutely fantastic. It was great to see teaching and learning being implemented in the right spirit throughout the school. King Edward’s is truly a unique place where every student has the chance to succeed in their future endeavours.”

Both schools teach the International Baccalaureate Diploma in the Sixth Form. The head teachers of the schools share a common educational philosophy and can see the potential benefits to both schools of developing closer links, not least because the mission of the IB Diploma is to create global citizens who will work for peace in the world.

John Claughton, Chief Master, said: “It has been an absolute pleasure to have Shantanu and Navroz as part of our common room over the last two weeks. Both of them have entered into teaching careers with the purpose of changing the lives of their pupils and thereby changing their country and the world, and it has been inspiring to have them here.

“Both of our schools believe in the power of education to transform lives and in the importance of education as the best way to answer the questions that the world faces. It was particularly poignant that teachers from Mumbai, a city that had been afflicted by terrorism, should be here as the terrible events of Paris unfolded.

“King Edward’s School is the most socially and ethnically diverse independent school in this country so it is particularly important that our pupils should have the chance to forge links with another school and another city.”

There are plans to develop further links with BD Somani in the future through teacher and pupil exchanges, work experience and charitable work, and a school hockey and rugby tour which will go to India in 2017.