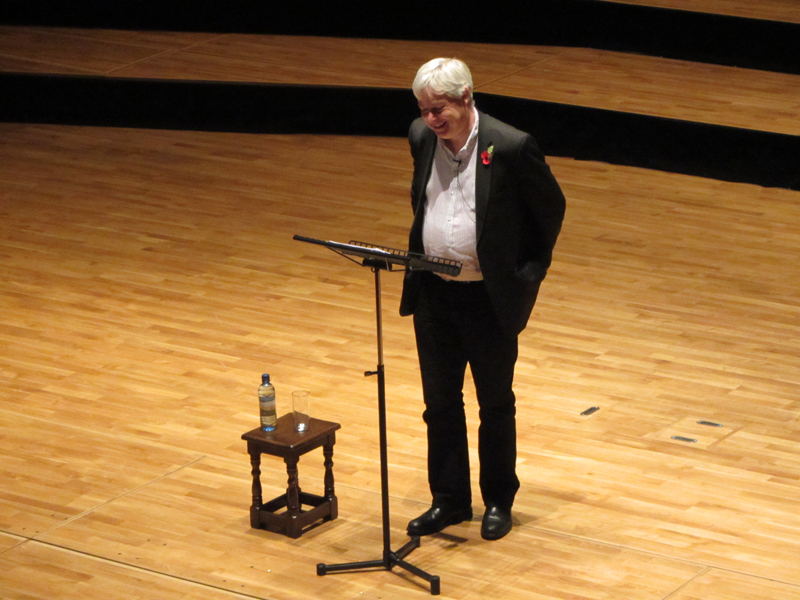 Leading author, Jonathon Coe, returned to his old school to deliver a talk to current and former pupils, parents and staff.

Jonathan Coe, who attended King Edward’s School from 1972 to 1979, first broke through to an international audience in 1994 with his Gothic satire on the Thatcher years, What a Carve Up!.

One of his next novels, The Rotters’ Club, was set in the fictional King William’s School in Birmingham, a thinly-disguised version of King Edward’s. The novel won the Bollinger Everyman Wodehouse Prize for comic fiction in 2001, before being made into a BBC2 series in 2005.

On his return to King Edward’s, Jonathan said: “Coming back to King Edward’s after ten years has been a great experience. This was where it all started for me in terms of my writing career, so it feels as though I’ve come full circle.

“It’s a particular honour to be giving a lecture named after one of the school’s most famous pupils and one of the most important writers of the 20th century.”

John Claughton, Chief Master of King Edward’s, said: “It is a real pleasure to welcome Jonathan back to school and it is a wonderful use of the 400-seater auditorium in the Sir Paul and Lady Ruddock Performing Arts Centre, which was opened in April this year.

“Several of our former pupils have gone on to become celebrated authors, including Jonathan himself, J.R.R. Tolkien and Lee Child. It was a great moment for our boys to be part of the audience for such a great occasion and to hear Jonathan’s fascinating insight into the world of literature.”

Jonathan gave his talk on Thursday, 1 November 2012, the first talk in the ‘Tolkien Lecture’ series of academic lectures given by eminent speakers at the school.