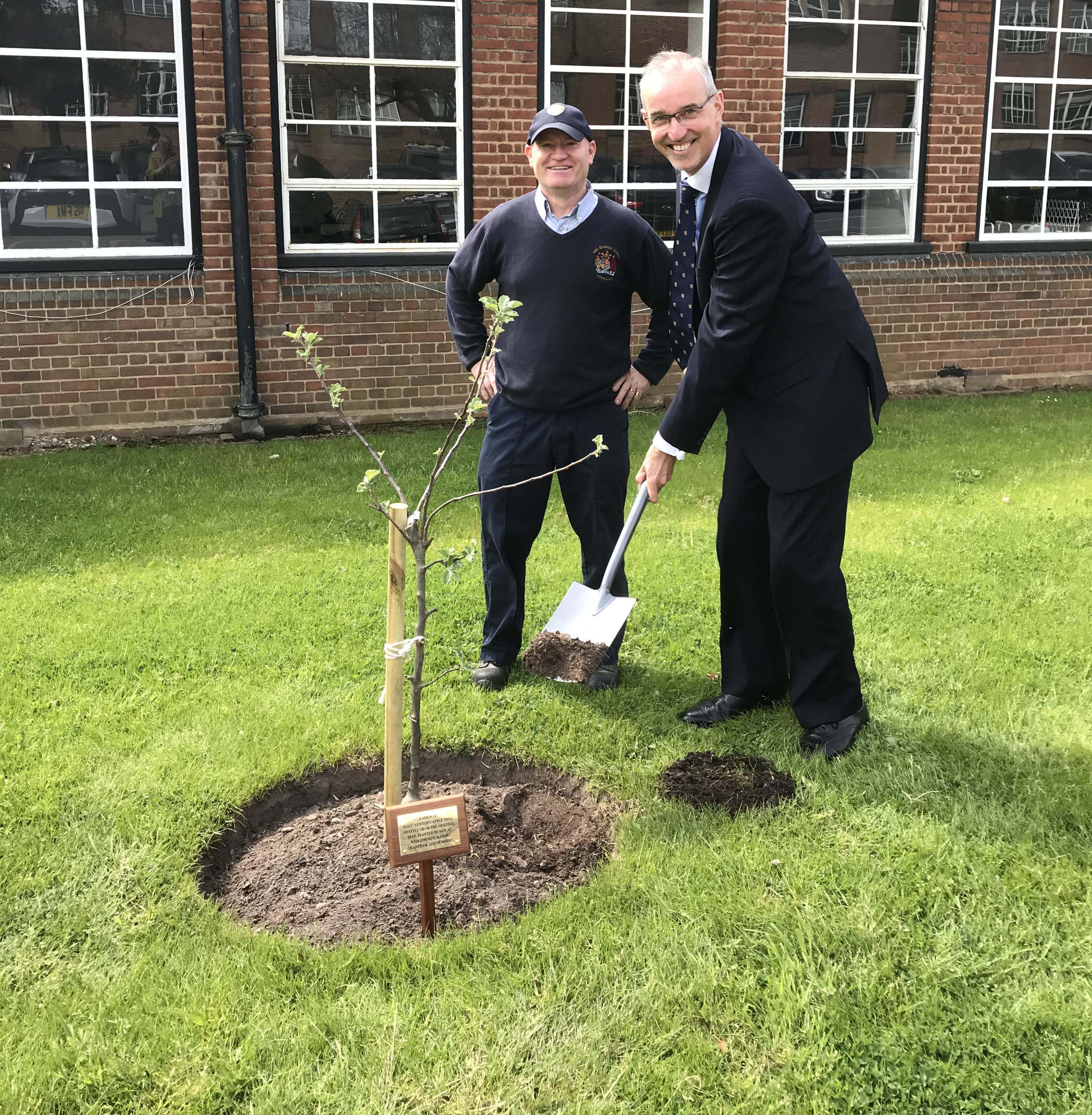 A graft from the apple tree that is believed to have led to Sir Isaac Newton discovering gravity has been planted at King Edward’s School to inspire the next generation of scientists.

The budding plant, which has been gifted to the school, is from the 350-year-old Flower of Kent apple tree at Newton’s childhood home, Woolsthorpe Manor in Lincolnshire. It is under this tree that Newton was believed to be sat when an apple fell, prompting him to discover the force he called gravity.

Dr Mark Fenton said: “We have planted the tree outside one of our science laboratories on the main school drive, and hope that it will inspire our pupils to think in the way Sir Isaac Newton thought.