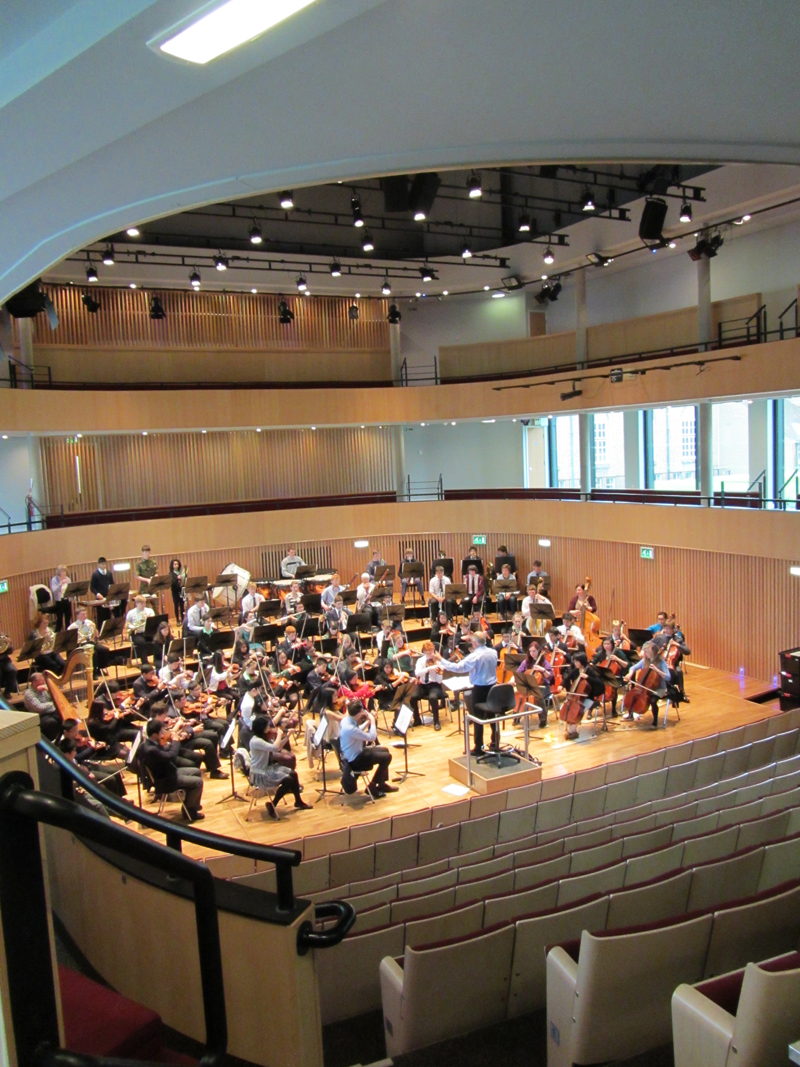 The £11m building, which has been partly funded by a substantial donation from former pupil Sir Paul Ruddock, will provide a 400-seater auditorium, 120-seater drama studio, state-of-the art dance and rehearsal rooms, and music facilities.
Sarah Evans, Principal of King Edward VI High School for Girls, said: “We are very pleased to be opening this wonderful new building, which will transform the way performing arts are taught within the schools.

“At KEHS and KES we strive to provide the best possible teaching experience for girls and boys, and know this facility will support the truly outstanding work that our pupils achieve.

“We are very grateful to Sir Paul Ruddock for his remarkable generosity toward this project, which reflects the gratitude he feels for the education he received here.”

Both schools have produced a number of alumni who have gone on to be successful in the performing arts including actors Lucy Davis, Lindsay Duncan and ‘Goodie’ Bill Oddie, musician Mr Hudson, and ‘Lord of the Dance’ star John Carey. There are currently two girls and three boys in the National Youth Orchestra including Roberto Ruisi, who is thought to be the youngest ever leader of the orchestra.

The concerts will be followed by a series of events, including orchestral concerts, dance workshops, drama performances, and themed reunions for past pupils, as part of a special opening festival during the summer term.

The Performing Arts Centre is part of a £25 million building programme that King Edward\’s School is undertaking, which will also include a new Modern Language department, improved science facilities and a major development of the school\’s indoor sports facilities. King Edward VI High School for Girls has recently completed a £10 million building programme and is planning further development of its science and sports facilities.