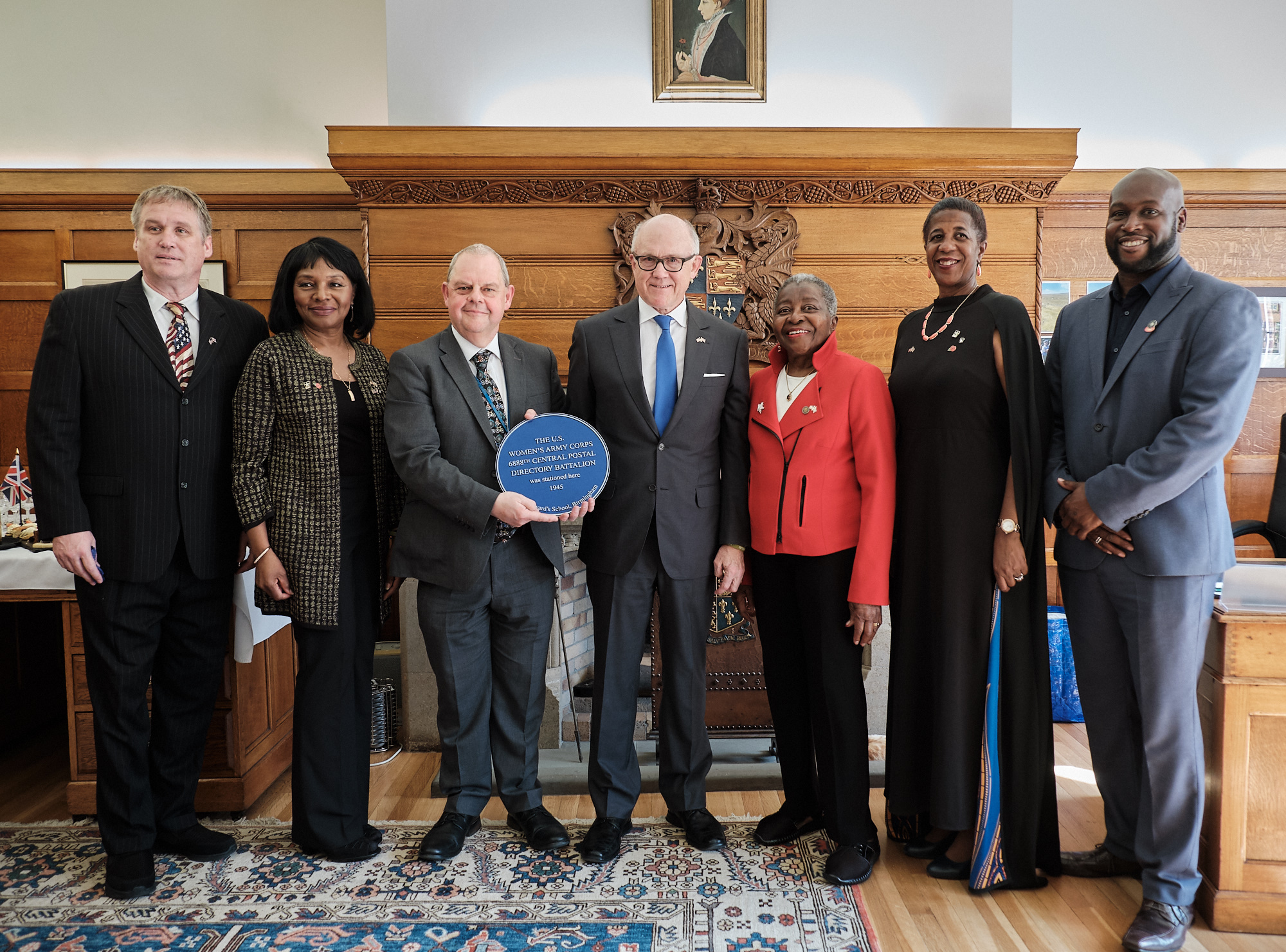 The US Ambassador presented a blue plaque to King Edward’s School on Monday, 13 May 2019 to commemorate a US Army battalion that was stationed at the school during the Second World War.

Ambassador Johnson visited the school to officially present the plaque and view the site where the 6888th Central Postal Directory Battalion, an all-female African-American unit, had been based.

Known as the Six Triple Eight, the battalion comprised 855 women from the Women’s Army Corps and was the only all-black female battalion to serve in Europe during the Second World War. They were sent to Birmingham in February 1945 to clear the backlog of mail in the European Theatre, which was reported by Army officials to be damaging morale.

It was estimated that the backlog would take six months to clear but the women cleared it in three, working 24-hours a day, seven days a week in three sets of eight-hour shifts and processing an average of 65,000 pieces of mail per shift. By the end of the war, they had cleared over 17 million pieces of backlogged mail, ensuring the troops stayed in touch with their loved ones back home.

Keith Phillips, Acting Chief Master, said: “It was a great honour to receive this plaque from the Ambassador and for the school to be able to remember the important role in the war effort that the Six Triple Eight played.

“During the Second World War, the temporary buildings that were on the school site at the time were used by a number of different troops, although none perhaps of such significance both racially and culturally as the Six Triple Eight. I hope that we will be able to further honour the service of these women at an event to unveil the plaque later in the year.”

The Ambassador’s visit to the school preceded a premiere screening of a documentary film about the Six Triple Eight, which took place in Birmingham Council House on the same day. The film’s producers also accompanied the Ambassador to the school.