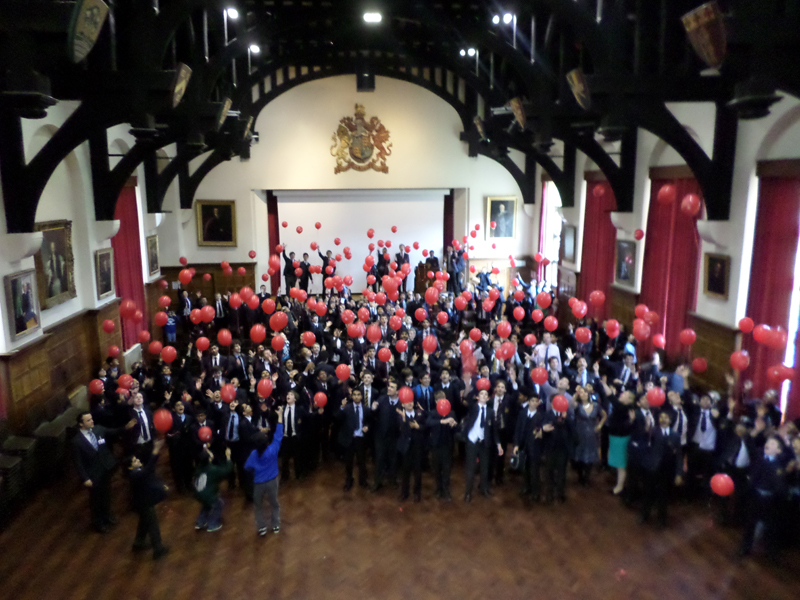 Boys throughout the school collected sponsorship and wore the balloons during their final lessons of the term. The balloons were then released en masse on two occasions; the lower school released their balloons in Big School and the upper school in the Performing Arts Centre. One group of boys who had already gone on a Spanish Exchange to Mallorca still took part and were pictured on the beach with their balloons, although the local council would not allow them to be released.

Niall Jawad, in Year 12 and one of the organisers of Balloon Day, said: “We chose the balloon to raise awareness for Birmingham Children’s Hospital as it is a well-recognised symbol of the hospital. We’ve spent a lot of time at the hospital and seeing the Paediatric Intensive Care Unit and the way in which they deal with cases really inspired us to raise awareness and funds for the hospital.”

The Balloon Day was a huge success and raised over £6,500 for Birmingham Children’s Hospital.