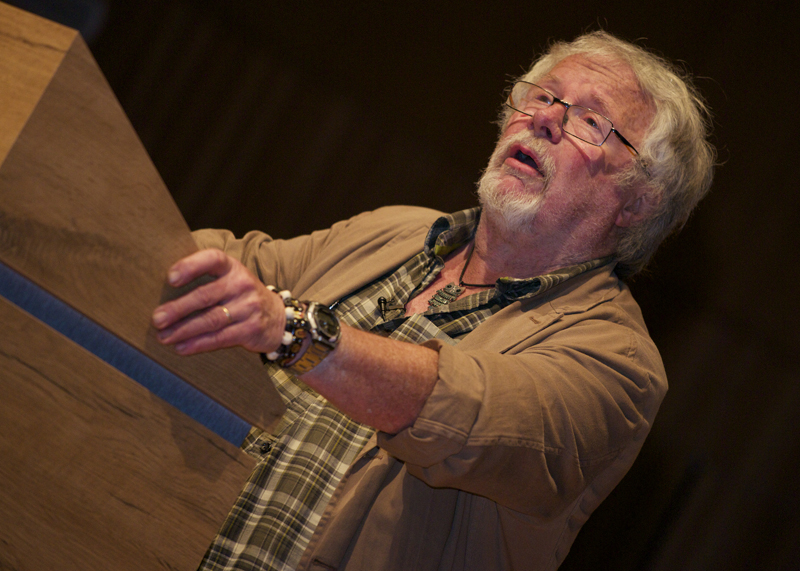 Bill Oddie, TV personality and conservationist, entertained a large audience during a special event held at his old school on Tuesday 5 May.

Bill, who attended King Edward’s School from 1954 to 1960, talked about his time at school, his development as a comic writer and his interest in the world. Both of these passions were developed during his time at school. He also answered questions about his career and working with the great comic figures of his time.

Over 300 boys, parents, former pupils and staff attended the event, which was held as part of the School’s Assisted Places 100 (AP100) Campaign. Bill is one of 12 ambassadors for the AP100 Campaign, which was launched in June 2014 and aims to raise £10 million to fund 100 Assisted Places within the School by 2017. The School has already raised over £8 million over the last five years and is well on the way to the target £10 million.

Bill, who has widely spoken about how much he enjoyed his time at school, said: “King Edward’s School is where I discovered what really mattered to me for the rest of my life. That is what a good school can do. It is an opportunity that should not be bought, it should be a right. That is what the AP100 Campaign is about.”

John Claughton, Chief Master, said: “Bill provided great entertainment for the audience and everyone enjoyed it, from the young boys in the school to Bill’s own contemporaries, who left the school 55 years ago. It was a pleasure to welcome him back and he also had time to talk to some of the boys and staff who continue his interest in birds and conservation.

“The support of high profile alumni such as Bill is vitally important for raising awareness of the AP100 Campaign and the significance of what we are trying to achieve at the School. Bill came to this school on a free place, as did almost all of his contemporaries, and the AP100 Campaign is trying to give exactly the same chance for clever boys now.”