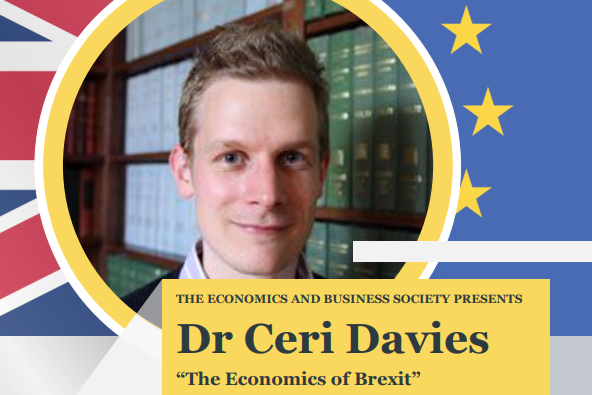 With now over 400 members, the Economics and Business Society continues to garner interest from pupils across King Edward’s. The ease of access to platforms such as Zoom has enabled us to attract speakers from across the King Edward’s community and beyond to talk on numerous topical issues and open such talks up to a much wider audience.

The Society is all about exposing pupils at King Edward’s to the wider economic and business world as well as encouraging students to become more involved and aware of current affairs. Our goal is to bring in bright minds from across different sectors to foster learning, inspiration and provoke conversations that matter.

This half term we have hosted a talk from Dr Ceri Davies on ‘The Economics of Brexit’, discussing the short – and (estimated) long-term impact of the UK’s withdrawal from the European Union. Jack Harkcom (OE) and John Kite (OE) both explored their journey through KES and beyond into work, giving advice to students on gaining work experience, internships and differentiating oneself in an increasingly competitive world. Finally, Prithvi Singh (OE) will be discussing ‘China’s Belt and Road Initiative’ this week.

Next half term, we have four notable speakers coming to join us on Zoom and I do hope you will be able to join us for some if not all of these events, each at 6pm.

3 March: Professor John Fender, Professor of Macroeconomics at the University of Birmingham

24 March: Lord Mervyn King, Baron King of Lothbury and Former Governor of the Bank of England

If you would like to keep updated with the Society and join in with one of our many events, then do join our Google Classroom, or follow the Economics and Business department blog page.