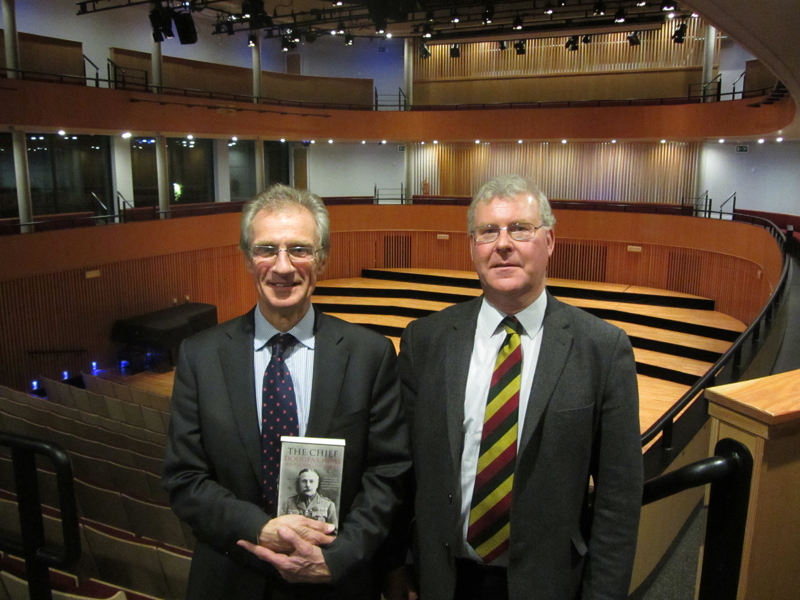 The talk, which took place on Tuesday, 7 October, is part of a series of academic lectures given by eminent speakers at the school named the ‘Tolkien Lecture Series’ after former pupil JRR Tolkien.

Professor Sheffield explained to a large audience how the recruitment of officers changed during the First World War, particularly in terms of their social background and education. He also talked about the part that schools played in recruitment for the war and about JRR Tolkien’s role as an officer.

John Claughton, Chief Master, said: “Tolkien fought on the Western Front as a young officer, as did many of his friends, so it was particularly appropriate Professor Sheffield should talk on this topic. It was a fascinating insight into the values that bound the British Army together and the importance of schools like King Edward’s.

“Hundreds of King Edward’s School’s old boys fought in the First World War and 245 of them died. The centenary provides an opportunity for us to remember those who gave their lives to the war and this lecture is the first of a number of activities that we have planned.”

In November an exhibition will open in the memorial chapel at the school. The exhibition will run for four years and develop throughout that time to mark some of the key events that took place 100 years previously. Visitors will also be able to browse through biographies for every old boy listed on the memorial plaques via a virtual Roll of Honour.