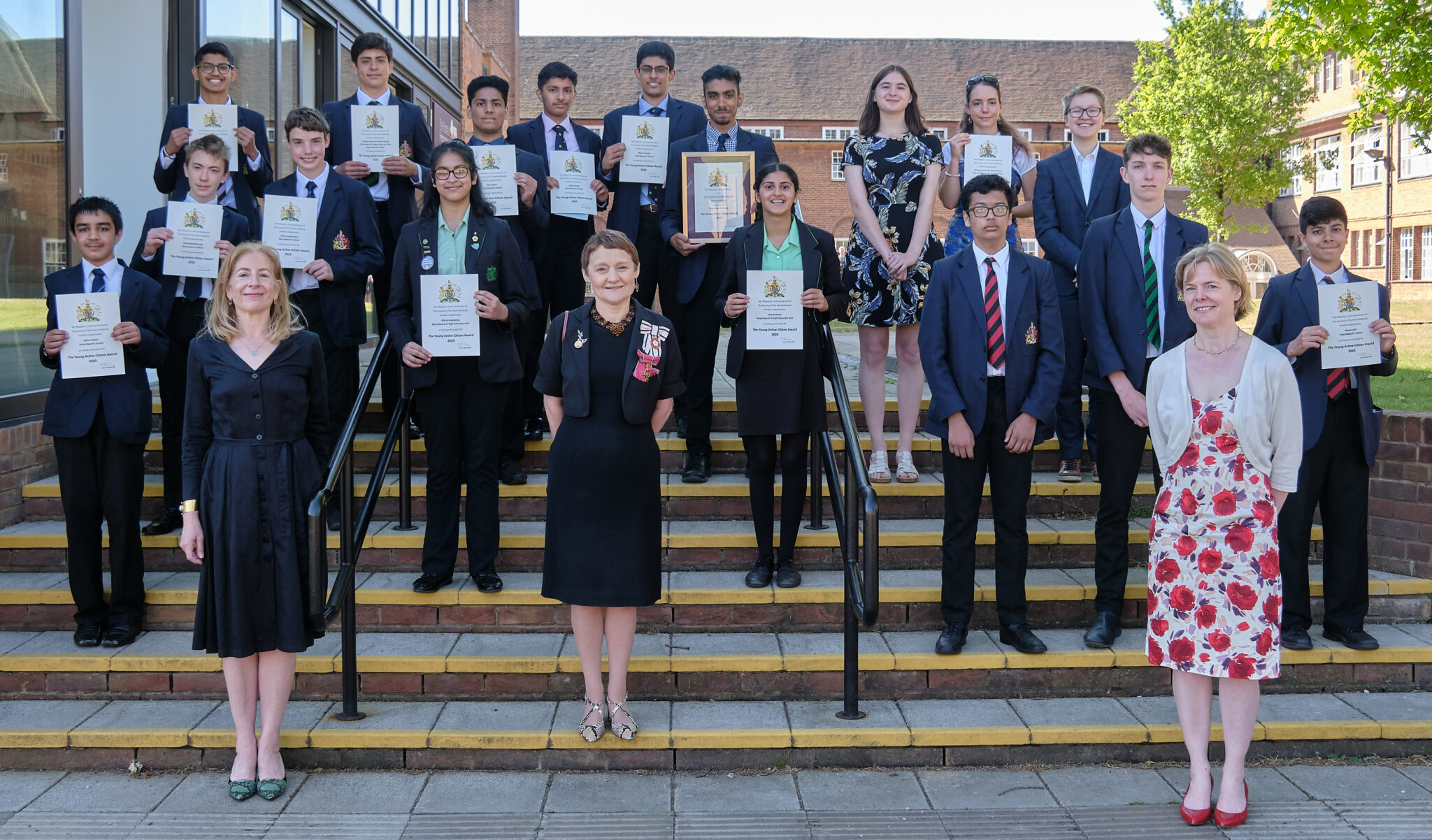 The West Midlands Lieutenancy has recognised the service of pupils from King Edward’s School, Birmingham and King Edward VI High School for Girls via its Young Active Citizen Award.

In a special ceremony held on Wednesday 16 June, Aran Singh Bansal in Year 12 was presented with a 2020 Young Active Citizen Award for his fundraising efforts, inspiring the school community to get active during lockdown and raising over £8,000 for NHS Charities Together in the process.

In total, 18 pupils from across the two schools who had received nominations were presented with certificates to mark the roles they played in making a difference to their local communities last year.

Initiatives ranged from writing poems by request to raise funds for charity and setting up an online learning platform, to servicing bikes for keyworkers and making meals for the most vulnerable in society.

The Vice Lord-Lieutenant Professor Helen Higson OBE, who presented the awards, praised the extraordinary efforts pupils had made to support their communities: “The Young Active Citizen Award was launched last year to acknowledge the outstanding contribution of young people in our region. The pandemic has been especially tough for young people, who have struggled with home schooling and isolation from their friends, yet they have shown remarkable resilience and many have gone the extra mile to help others less fortunate than themselves.

“To have so many nominations for the pupils of these two schools is quite incredible and demonstrates the vital role these pupils play in supporting their local communities. Congratulations are due to all of the young people nominated, and in particular to Aran on his award for his exceptional fundraising efforts.”

Service to the community is central to the ethos of both schools. School-wide fundraising events take place several times a year, pupils volunteer in the local community, and many pupils and staff engage in the schools’ outreach programme to raise aspirations of thousands of primary schoolchildren across the region.

In the last year, pupils at the schools have also set up a food bank and a hygiene bank, and over the weekend starting Friday 18 June Aran and a group of sixth formers led their latest mass participation event raising over £4,700 for the food bank by completing a 36.5-hour football challenge.

Dr Katy Ricks, Chief Master of King Edward’s School, said: “I know how special the pupils of these schools are but I am delighted that they have been recognised by the Lieutenancy for their achievements. The ceremony provided a wonderful opportunity to hear about all of the initiatives that they have been involved in and I would like to thank Professor Higson for taking the time to celebrate their endeavours with us.”

Nominations are now open for the Active Young Citizen Award 2021, which will celebrate the impact of young people on the artistic and cultural life of the West Midlands. Further information about the awards can be found at: www.wmlieutenancy.org/young-active-citizen-award.