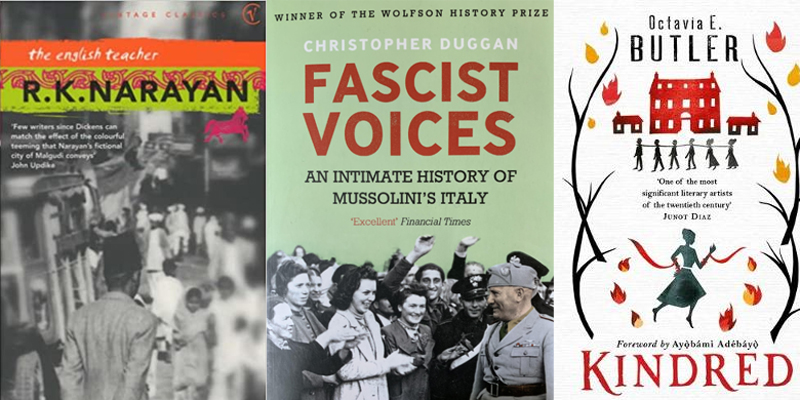 This week, Mrs Ostrowicz, Mr Petrie and Mrs Gillow tell us a bit about a book they’ve enjoyed recently. 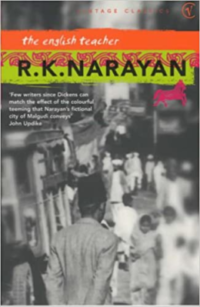 Written in 1945, The English Teacher tells the story of an Indian English secondary school teacher in India who went through the British schooling system and so becomes a teacher who simply repeats what he has been taught: English literature – Dickens, Shakespeare, Milton – as is expected of him at that time. However, when his very young daughter starts going to a joyous, fun-filled, rather alternative local school run by a radical Indian teacher, he begins to question the assumptions he has blindly accepted, and starts to see the limits of Indians only ever studying, and seeking to emulate, Western literature. What about Indian voices, experiences and talents? What a relevant book for June 2020…!

(I enjoyed RK Narayan’s The English Teacher so much that I immediately picked up and read another, The Guide, both from the KES fiction library.) 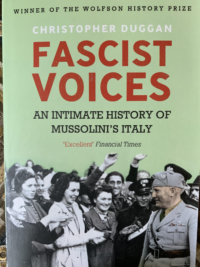 Christopher Duggan has approached the topic from a new perspective that I hadn’t really come across in my previous reading on Fascist Italy. Much of the material I have previously read by the likes of Denis Mack-Smith and Richard Bosworth has tended to focus on Mussolini himself, which made it rather difficult to understand why such a braggadocious and at times oafish individual was so overwhelmingly popular with many Italians. Duggan takes a different starting point and utilises rarely examined sources from those in Italy that accepted him, such as letters, diaries and popular songs to explore how ordinary people experienced Fascism on a daily basis. The result has been a far more vivid picture of Fascist life in Italy which has enhanced my understanding of the topic. 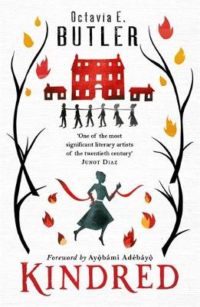 This is a science fiction novel written in 1979. It’s very different from many Sci-Fi texts in that it focuses solely on the human response to the time-travel, rather than on the reasons and technology behind it. Dana, an African American woman, finds herself transported back into the past and the American South from her modern home. Through this contrivance, Butler is able to explore the black history of America and its enduring impact on people of colour, no matter how far we feel we have come. Butler’s prose is clear, simple and profound, enabling even less keen readers to enjoy her story. It’s exciting, dramatic and deeply moving. A definite recommendation!

If you want to hear more teachers reading extracts from a favourite book, join the Google classroom ‘Books at Bedtime’. Being read to is a joy!