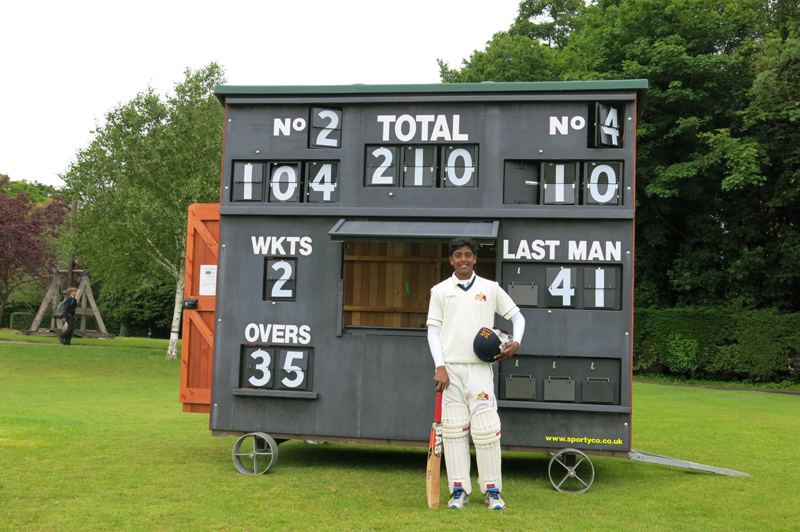 The U13 cricket team has reached the National Final of the David English Under 13 Bunbury Cup, after an impressive performance in the semi-final.

The Bunbury Cup is a national tournament, for which the U13 team qualified after winning the County Cup as U12s. To get to this stage the team has travelled to Abingdon, Nottingham and The King’s School, Worcester. They faced the Royal Grammar School, Newcastle-upon-Tyne in the semi-final on Thursday, 25 June 2015.

Due to poor weather, the semi-final result was determined by a bowl-out which King Edward’s School won 5-4. Prior to the rainfall, Oscar Henrick hit the stumps twice and Emil Ali scored a run of 69 not out.

Good luck to the U13s in the National Final on Wednesday 8 July at Oakham School.