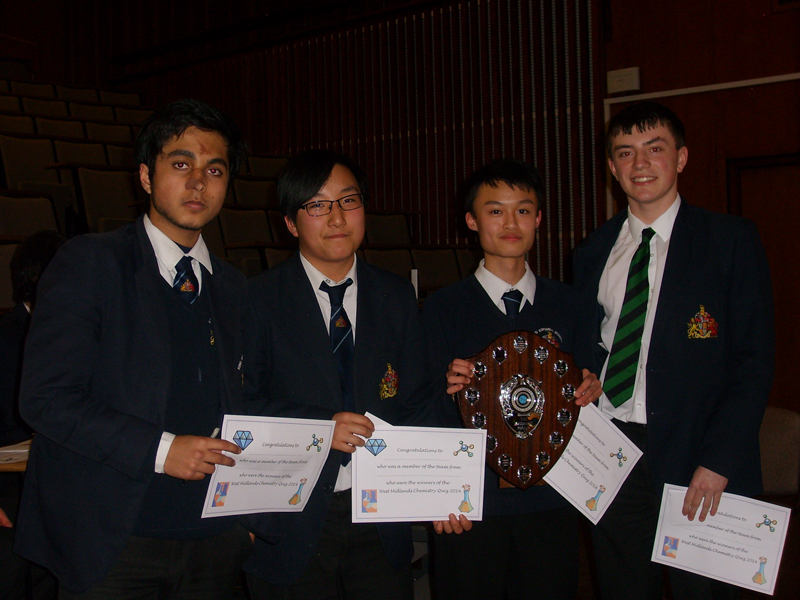 A team of four boys from King Edward’s School, Birmingham has faced tough competition to come top of the table and win the West Midlands Chemistry Quiz 2014.

The West Midlands Chemistry Quiz, which is sponsored by the Royal Society of Chemistry, began in February this year and finished in a close fought final on Tuesday, 11 March 2014 at the University of Birmingham.

Jenny Parkinson-Mills, Head of Chemistry, said: “This is the first time that King Edward’s School has won this competition and the boys have done incredibly well against tough competition to emerge the clear winners.

“We’ve recently moved into a new modern languages and science building. Had we known that we would need a trophy cabinet, we could have requested they include one in the building plans!”