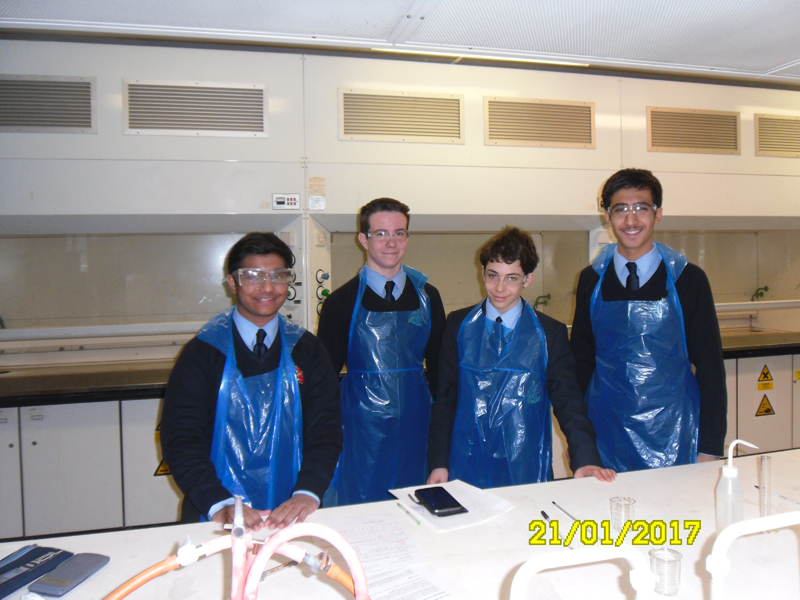 A team of four boys from King Edward’s School is through to the UK final of the Top of the Bench competition 2017.

Jacob Reidy and Aris Thomas in Year 9, Suchir Salhan in Year 10, and Ali Mohammed in Year 11, secured their place in the UK final after fighting off competition from other schools, including King Edward VI Camp Hill School for Boys and King Edward VI High School for Girls, in the regional final. The heat, which was held in the University of Birmingham’s chemistry department on Saturday, 21 January 2017, quizzed pupils on their chemical knowledge and tested their problem-solving skills and teamwork through a practical experiment.

The competition, which is organised by the Royal Society of Chemistry and has been running for over 20 years, aims to engage pupils with chemistry and encourage them to consider a career in the field. The team will represent the West Midlands in the UK final which will be held at Loughborough University in April 2017.