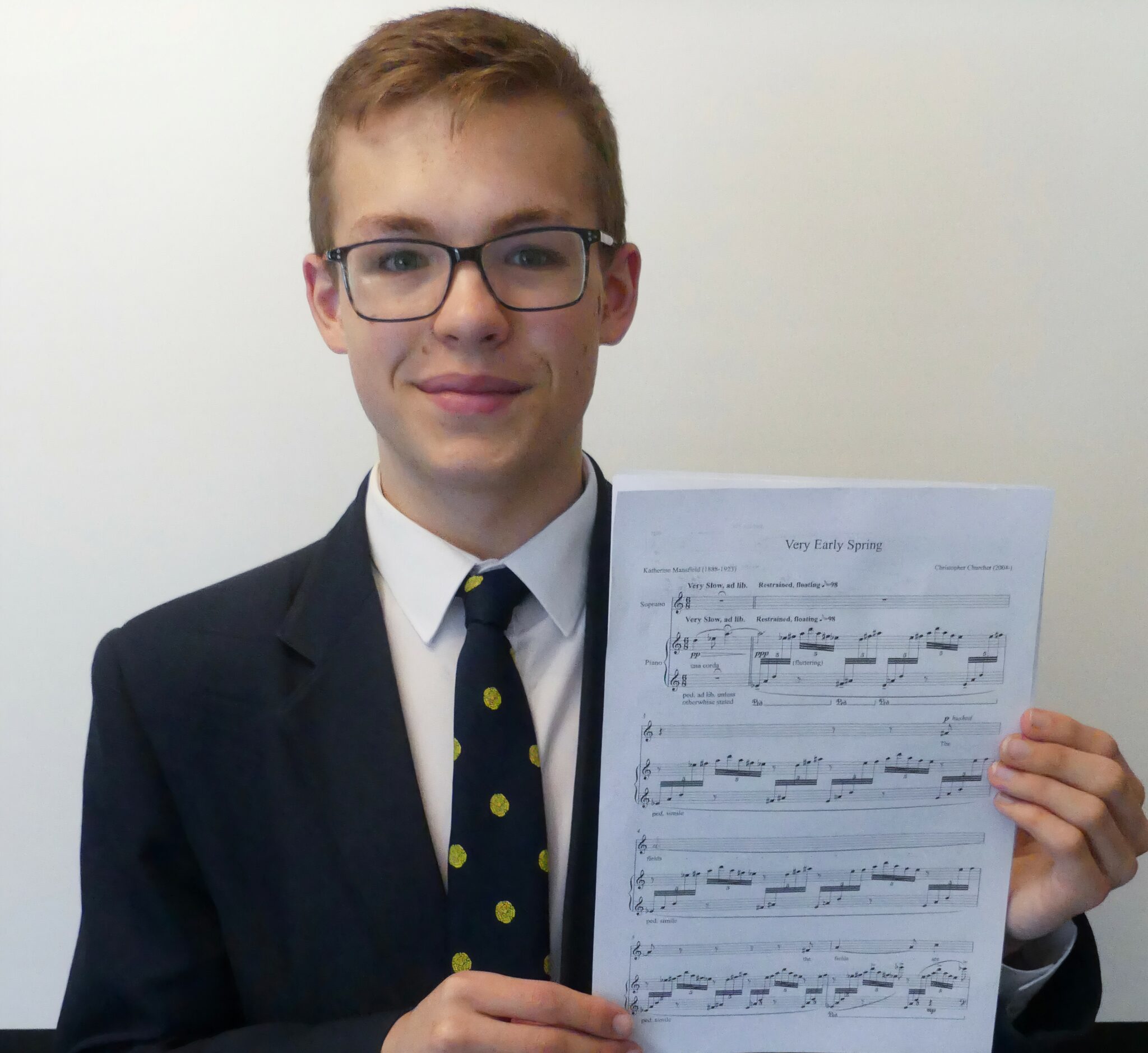 A piece of music written by a student from King Edward’s School, Birmingham has struck the right chord with judges to win the Benslow Music Young Composers Competition 2021.

Year 12 student Christopher Churcher won the 18-years-and-under category for his piece Very Early Spring, which will be performed as part of the Benslow International Concert Series in August.

The competition invited applicants from across the UK to compose a piece of music for one of five poems on the subject of spring to be performed by two professional musicians. On Friday 16 April, five shortlisted composers took part in a final workshop in which they heard their compositions performed by soprano Sarah Leonard and pianist Stephen Gutman, before the winner was announced by the judging panel comprising the two musicians, Benslow Music President and Master of the Queen’s Music, Judith Weir CBE, and Chief Executive of Benslow Music, Peter Hewitt.

On winning the award, Christopher, who is currently studying Higher Level Music as part of his International Baccalaureate Diploma, said: “Hearing Judith Weir announce me as the winner of the competition was so surreal. I was pleased with my composition when I submitted it, but to win was such a pleasant surprise.

“Writing for Sarah Leonard and Stephen Gutman and hearing my song brought to life so beautifully was a real privilege. Hearing your music performed for the first time is one of the most exhilarating parts of being a composer and I’m so grateful to the judges for giving such detailed and useful feedback – the workshop was a truly invaluable learning experience.”

Dr Martin Leigh, Director of Music at King Edward’s School, said: “Christopher is an outstanding and hardworking young musician and composer, and to win this competition is an incredible achievement. Very Early Spring is a wonderful piece of music and we’re very much looking forward to hearing it performed later this year.”