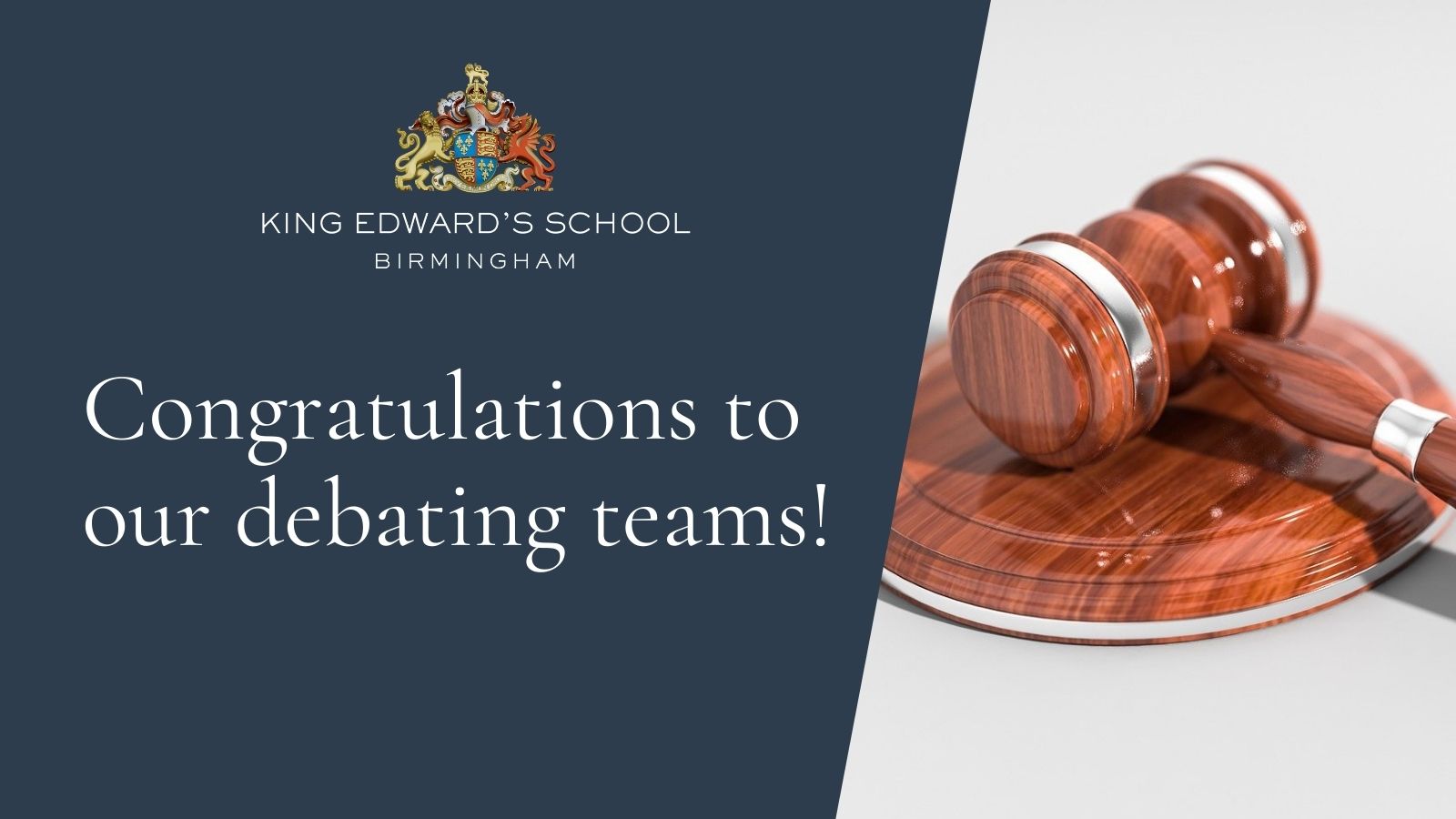 The motion set was ‘This House Believes That government economic policy should prioritise the collective happiness and well-being of the population over economic growth’. It was a difficult debate against a very strong Camp Hill team, however, an excellent showing from all three speakers resulted in the team’s first win and they will be advancing to the regional finals.

Advait started out as the first speaker and set the stage for the rest of the team with a brilliant speech. He defined the motion really well and it allowed for continued success for me to follow off on. I focused mainly on the rebuttal side of the debate and identified holes in Camp Hill’s arguments. Jimmy followed with a terrific summation sealing the team’s first win with strong rebuttal too.

We look forward to the regional final!

If you want to take part in debating, KES Junior Debating Society will be up and running very soon!