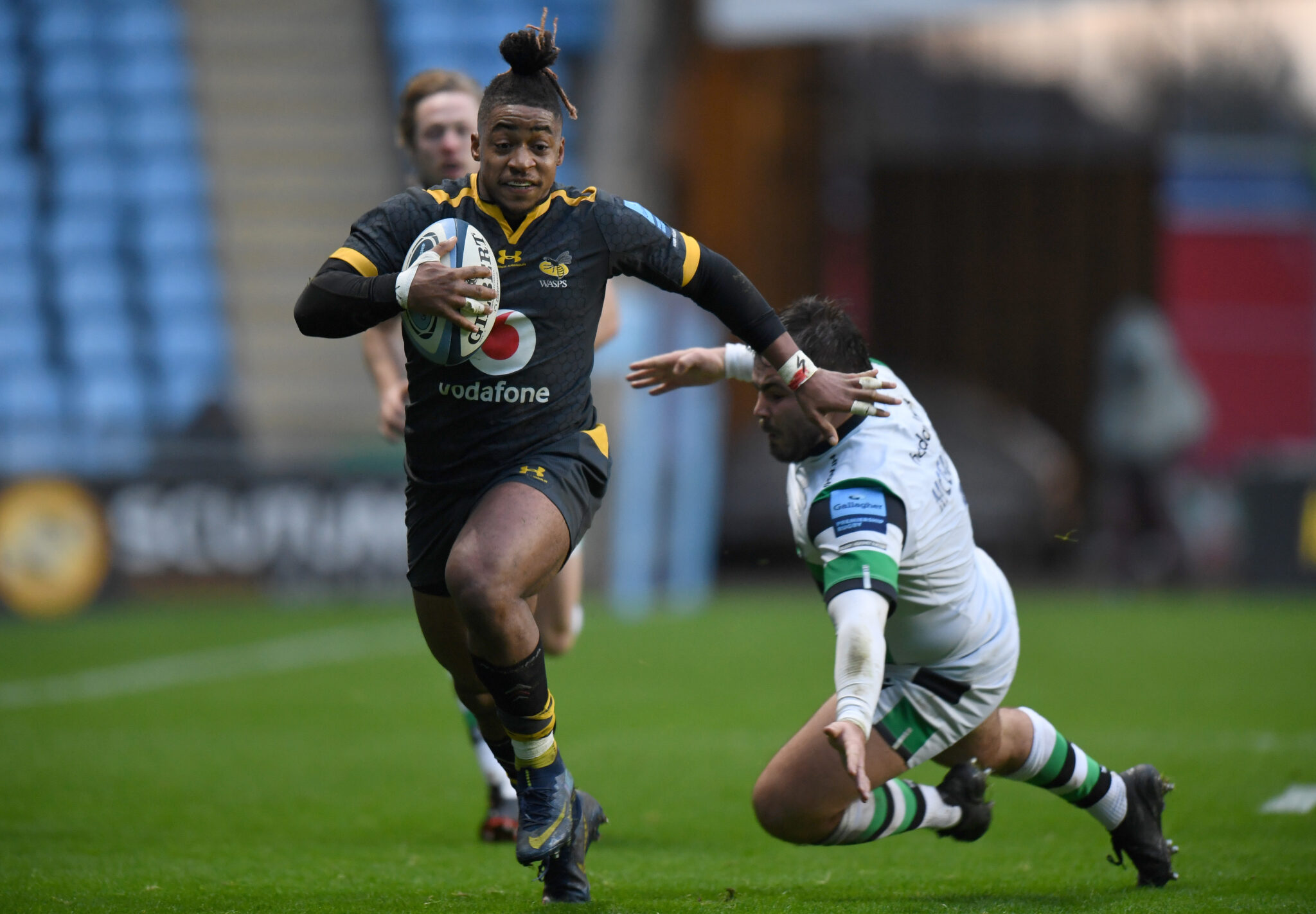 Congratulations to Old Edwardian Paolo Odogwu (2013), who has been named in England’s Six Nations squad.

Paolo spent his academy years at Leicester Tigers and began his senior career at Sale Sharks in 2016. He signed for Wasps in 2019, where he plays in the midfield and is the club’s current top try scorer, having scored six in eight games.

On the back of his recent form and being named in the England squad, Wasps announced a contract extension with the rapid winger-turned-centre on Monday 25 January.

Having previously represented England at under-20 level, this is Paolo’s first call-up to the senior squad. The 23-year-old, who would also be eligible to play for Italy or Nigeria through his parents, follows in the footsteps of late Old Edwardian, Peter Jackson (1947), a winger who won 20 caps for England from 1956 to 1963.

Chris Johnson, Director of Sport at King Edward’s School, said: “Paolo is an incredibly talented player and an inspiration to the rugby players at KES. To make it to the England squad is every schoolboy’s dream and we look forward to watching him play in the Six Nations. He has also kindly agreed to give a virtual talk to boys and staff to discuss his career and England call-up, which we’re all very excited about.”